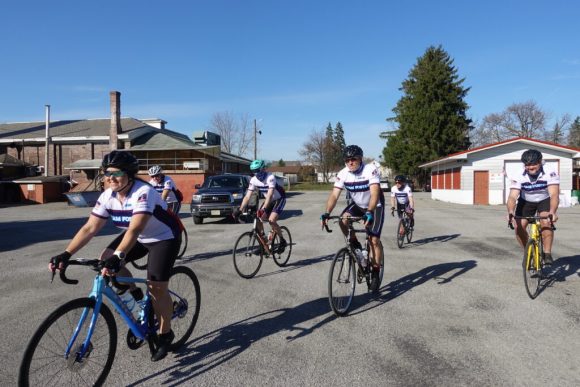 A team of thirteen riders and approximately 30 cadets from the Three Rivers Army ROTC Battalion participated in Team Foster’s first annual “Oil to Iron” event on November 7, together raising just over $10,000 to support Team Foster’s mission: No Hero Left Behind.

The 100-mile trek kicked off in Oil City, PA, where Captain Erick Foster, the inspiration forTeam Foster was born. The event concluded in Pittsburgh, PA, where Erick took his oath to join the United States Army.

At the same time, the Three Rivers Battalion cadets participated in a “bicycle crunch” fundraiser where they matched a dollar for every dollar raised.

Team Foster would like to thank everyone who helped make our first ever Oil to Iron event a success. We’d also like to offer a special thank you to all of our sponsors: Kellner’s Fireworks, Oil Region Alliance, HBK CPAs & Consultants, Butler County Tourism Association, and Dub Fitness and Wellness. We value your continued partnership.

We look forward to seeing you all again next year!