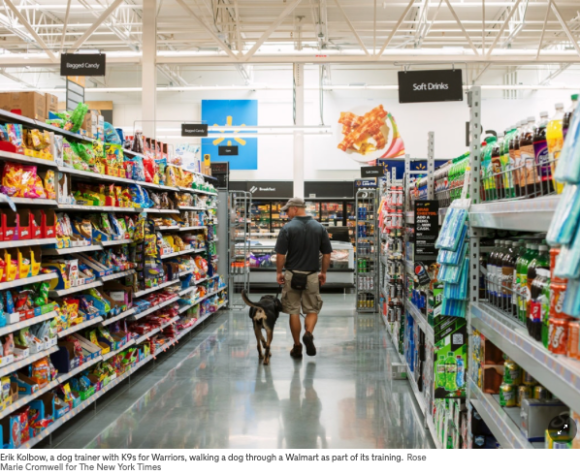 In 2019, the New York Times published an article, “Why the VA Won’t Pay for Service Dogs to Treat PTSD.” The article chronicled 10 years of roadblocks faced by Veterans in their effort to obtain funding from the Veterans Administration (VA) for service dogs as a legitimate treatment for PTSD.

In 2009, the first Senate bill was introduced, calling for the VA to to a three-year pilot study on the benefits and feasibility of using service dogs to treat PTSD. Despite receiving bi-partisan support and being incorporated in the 2010 defense budget, the study has yet to be completed.

Again, in 2016, the Puppies Assisting Wounded Servicemembers (PAWS) Act received rare bipartisan support in Congress, yet the VA has yet to implement the grant system making it easier for Veterans to get access to service dogs to assist them with anxiety, stress, and fear caused by their time serving in the military.

Why, despite continued support, have these efforts failed?

The VA’s resistance centers around the belief that service dogs could “result in unintended and negative consequences” and characterized service dogs as an “unsubstantiated treatment regime.” And unfortunately, in early pilot studies, the VA partnered with contractors that were not accredited service dog trainers (link to Accreditation blog). This resulted in a self-fulfilling prophesy of sorts – with negative consequences, failed trials and delays.

Without more support from the VA, Veterans have been left largely on their own to find a credible trainer and pay for the dog out of pocket without grant support. The result? Only 19 dogs were actually placed with Veterans as of the date of publication in 2019. Yet one-in-five Veterans comes home with service-related PTSD.

The VA continues to fund prolonged exposure therapy and antidepressant medications for PTSD, despite the fact that these methods have proven to be only 60% effective, according to the article. So when will the VA conclude research on the effectiveness of service dogs and implement these long-awaited assistance programs?

Since 2011, the body of clinical research and data on the long-term effects of service dogs has grown greatly. This is a hopeful sign, yet Veterans continue to wait with no near-term support from the government in sight.

Team Foster stands ready to fill this gap – taking care of our Veterans to ensure that No Hero is Left Behind. Know a Veteran in need?